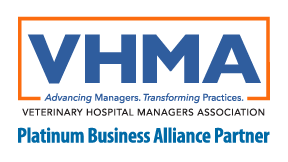 Pharmaceutical Testing Protocols: What Do the Differences Mean for My Veterinary Patients? 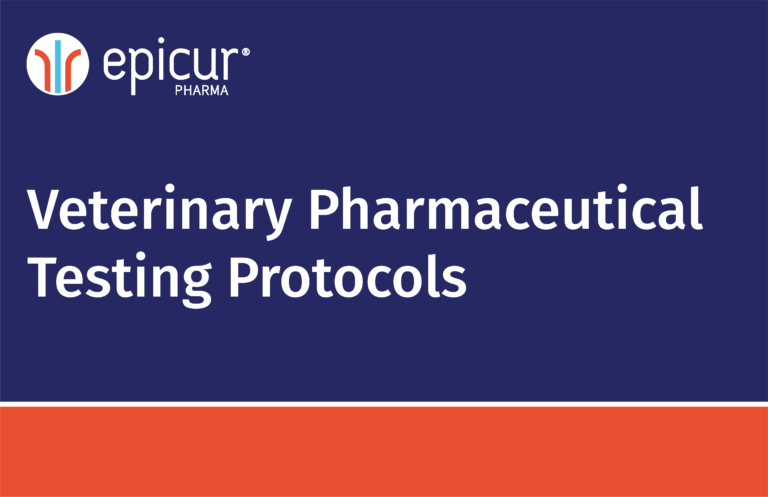 You may have read a bit about 503B outsourcing facilities and the stringency of their manufacturing processes. The biggest difference to you, and your standard of care, comes down to testing. 503B manufactured medications are routinely subjected to validated, formula-specific testing to verify that batch to batch, products are consistently up to standard for purity, sterility, and potency. You can be sure that your patient is provided with the treatment you prescribed.

Let’s break down the basics on types of pharmaceutical testing, and why it matters to you.

First, let’s define a validated test method. Validated test methods are core to cGMP, or current Good Manufacturing Practices, established by the Food and Drug Administration (FDA). These are the same regulations used by pharmaceutical companies that manufacture human medications. A validated test method is one that has been proven to be suitable for its intended purpose; its accuracy, precision, specificity, and linearity have been documented over a stated range. The test method serves as a road map and has been designed and developed for ‘who, what, where, when, and how’—to establish all parameters and performance characteristics for consistency and integrity. A validated process is reproducible and consistent. It’s the same thing every time—no unknown variables.

All tests conducted by 503B outsourcing facilities are validated. 503A, or compounding pharmacies, use almost no validated testing—by their nature, every formulation is a custom formulation, and there is no cost-effective means of standardizing testing. This can result in wide variances in key parameters such as potency, for example, from one prescription to the next.

A veterinary ophthalmologist recently contacted Epicur Pharma because the glaucoma medication she was using from a traditional 503A compounding pharmacy wasn’t consistently working as expected. After additional testing, it was discovered lot-to-lot potency fluctuations were to blame. When the ophthalmologist started using the same potency-tested product from Epicur, the problem was resolved.

Validated testing can be done either in-house or contracted out to a lab. Especially in the development of new drug formulations and product line expansions, Epicur has found it helpful to partner with an experienced contract lab to design and develop the test protocols. Epicur owns the developed test methods, and then transfers them in-house to maximize efficiency and effectiveness.

Validated in-house testing is a significant investment but offers better response time and greater control. Validated tests are not just tailored to each product, but are also formulation-specific, so if any aspect of a batch at Epicur is testing out of specification, we are able to quickly analyze whether it’s a testing error or a manufacturing error and further evaluate the root cause. Non-validated testing, whether done in-house or contracted out, introduces many more uncontrolled variables, making it more difficult to both identify a problem batch and determine the source of the issue. Validated in-house testing is preferred and is the “best of the best” approach.

“If Melissa King’s manufacturing team can put in the time to develop and produce these products, lot after lot, day after day, consistently to the same standard of excellence, we are here to support these quality standards with validated in-house processes.” – Nick DelGiorno, Director of Quality

The FDA looks to the 503B outsourcing facility to develop validated test methods. Their role is to make sure we’re within compliance, executing according to our protocols, with quality assurance completely independent of manufacturing. The FDA evaluates our test methods to make sure they are robust, performed accurately, and people are independent and qualified to perform those processes.

With a rapidly growing portfolio of 503B compounded medications, Epicur initially contracted out the arduous and resource-intensive development of validated test methods and is now in the process of bringing everything in-house, including microbiology and chemistry testing. Contract labs, whose sole purpose is to perform testing, are expert partners in developing and transferring the exact method in-house and ensure the data can be replicated in our facility with our own equipment and people. This approach of contracting out test method creation and then transitioning proven methods in-house has allowed for the rapid development of manufacturing and quality processes for our new drugs and has enabled us to focus on what we do best—producing quality medications with every batch.

Implications for Your Clients and Patients

Like everything that goes through the cGMP process, testing is a critical checkpoint for quality, ensuring that programs, documentation, and traceability are in place. Batch to batch, bottle to bottle, we are helping you deliver a higher standard of care by ensuring there’s no variance in formulation and potency—not too high a dose, which could cause side effects, or too low, which could negatively impact patient outcomes. You can have confidence that your patient is treated as prescribed—every time.

Epicur is dedicated to improving patient outcomes by consistently manufacturing the highest-quality veterinary medications. To learn more about the products we manufacture and the processes we follow, talk with our team:

Talk with an Expert

The Story of Stokes & Epicur®

Why 503Bs are Important

Get the latest posts direct to your inbox.

What Is a 503B Manufactured Drug and Why Is It Better?

503B outsourcing facilities play an essential part in providing high-quality veterinary healthcare. However, the role

“As someone who managed practices for 23 years, and thought I knew about compounding pharmacies,

Pharmaceutical Testing Protocols: What Do the Differences Mean for My Veterinary Patients?

Read More »
PrevPreviousVeterinary Pharmacies and Compounders: Why You Should Know Where and How Your Drugs Are Made
NextThe Delicate Balance of Wise Buying Decisions: A Personal Perspective from Debbie Boone, CVPM and Veterinary ConsultantNext
Menu

All information provided on this site is for educational purposes only. Every effort has been made to provide accurate and up-to-date information. It is not intended to be used as medical advice for the diagnosis of health problems nor does it include all possible uses, actions, safety measures, side effects, or interactions. Please consult a healthcare provider or veterinarian for the diagnosis and treatment of any health conditions. Epicur Pharma® manufactured veterinary orders are for non food chain animals only. Epicur Pharma® is registered with the FDA as an outsourcing facility.